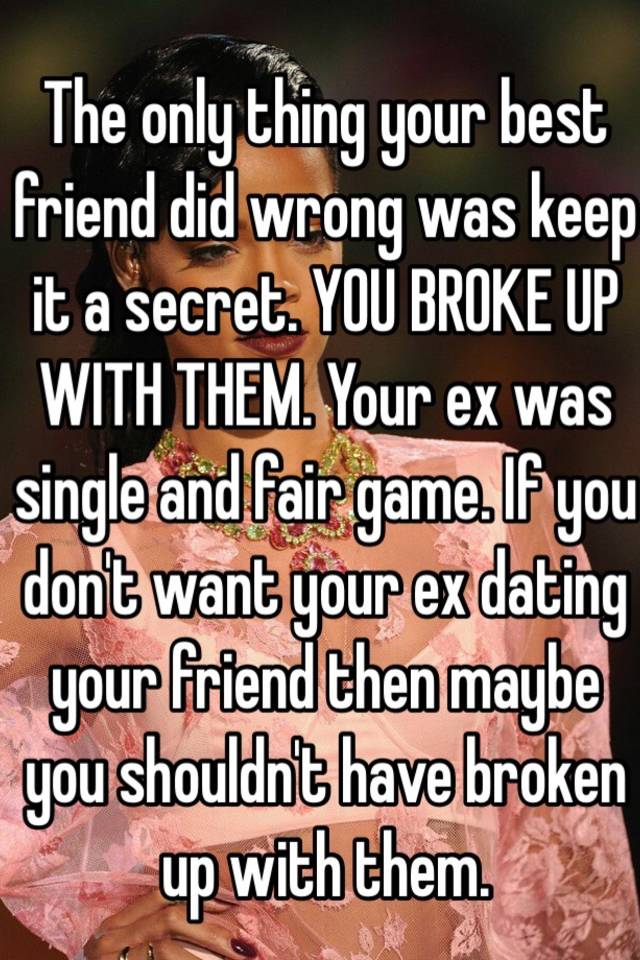 While men can still offer input, if your view conflicts with a woman's, we ask that you do not downvote or invalidate her response. Ever dated your best friend and have the relationship not work out? I dated my best friend for a year and a half. We broke up a week ago. I remember us being to scared to date because we didn't want to mess up our friendship. You have no idea how good it is to hear this. I told him that I wanted to be open about the break up and be able to work through it. The odd part about our relationship is that we were more like friends anyways. Intimacy didn't play a huge role.

But I still wish it could have worked out.


That's probably the biggest issue. We dated, broke up cause of intimacy stuff.

After the awkwardness and a lil while, we are as close or closer. I'm friends with most ex's I was friends with pre dating. Give some distance but I would say don't go out of your way to avoid them. I mean take your time to process away from them. But then you might have a lil rebuilding to do. Odds are if you didn't break up cause they were a terrible person, you'll be okay. We broke up for a few months, stayed friends, then decided we'd broken up for stupid reasons.

Neither one of us was happy apart. We both really missed each other, and decided that being together was more important than the petty BS that had seemed important before. 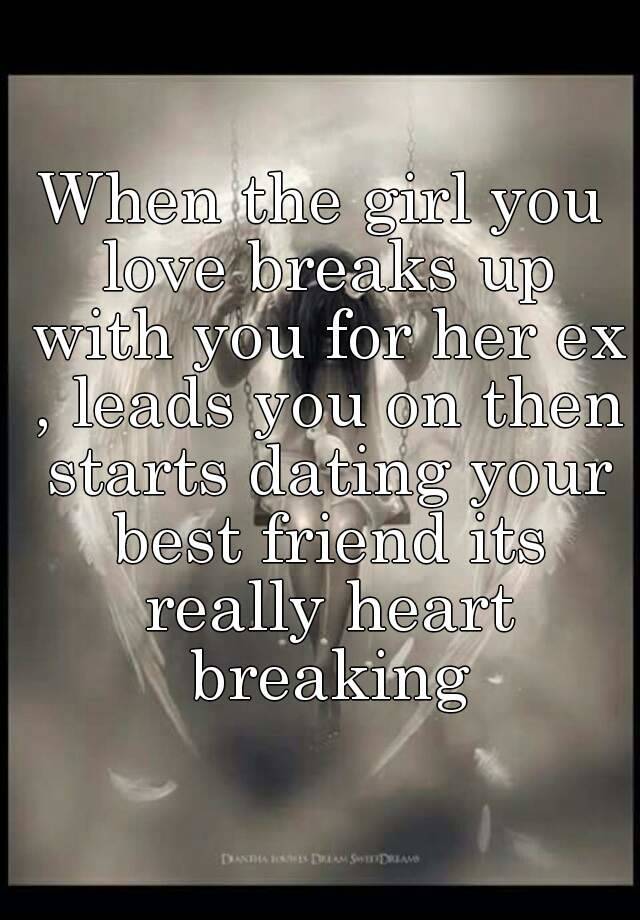 Hah kind of sad but he revealed his true character when we were in a relationship. I don't miss him. It was too complicated. He got really jealous and almost hostile when I started dating the man I'd later marry. It was fine when anyone I was dating wasn't a threat, even though we were long broken up. He was supposed to walk me down the aisle.

Sadly, we haven't spoken in years. I miss our friendship. He was my comedic soul mate. That sucks, it sounds like he was in love with you and being apart is probably the only way he could move on.

We were best friends for five years, then dated for two more. Haven't seen or spoken to each other in over three. We had a cycle of being best friends, dating, breaking up, not speaking for a bit, repeat.

We dated three separate times. I think this last breakup 3 months ago is going to be the last time we ever attempt to be friends, which is good for both of us. After trying to keep my most There's a reason the relationships ended. Sometimes it's just better that way. I can accept that my years with my best friend were some of the highlights of my past, and accept that the past is exactly where he belongs. I wish him the best, but we're both better off, even if we never find another soul that we can capture the same closeness with.

Ever dated your best friend and have the relationship not work out? : AskWomen

At the very least, I advise that you give it some time. Keeping an ex around can easily be bad news for you and any future relationships. We dated twice for a total of three and a half years. Each time we broke up I didn't talk to him for a few months, and got use to not using him as a support. He's still a friend and I enjoy talking to him sometimes but he isn't my immediate support network even if he does know me better than most.

Mostly we talk about games and our families and where we grew up. Usually we don't talk about feelings. We had our issues, especially in the beginning, since we didn't live near each other. We "broke up" over it.

tabquarefseafab.tk We stayed friends and really saved our friendship, and obviously now we're trying again. I can see us staying friends if we break up now.

When we "broke up" last time, he was the one I called up and discussed my heartbreak with. He still supported me like he did when I broke up with my ex boyfriends. But I don't know if I could have a longterm friendship with him after seeing how amazing he is as an individual and wanting to build a future with him. I'm sorry I don't have more experience than our one little breakup that didn't even last.

What I would suggest is empathy and a lot of discussion. What made you two best friends to begin with? I've already recognized my faults in the relationship and have let him know. I want to try again but I don't think he will. I definitely need to look back at our friendship. I'm very focused on the relationship right now but need to look more at why we grew so close. I'm glad it worked for you. It'd be nice if the same could happen for me but the decision is completely on him at this point.

Please don't think twice about taking me up on it: I am actually going through this right now. We'd been together for many years, with intentions to marry. If it matters, I was the one who ended things. Like you, I was terrified to date because we had such an amazing friendship, and I would like to preserve our friendship. The unfortunate thing is, I think he is focused on moving on by forgetting me. So I guess the key difference in your situation is that he wants to continue being friends.